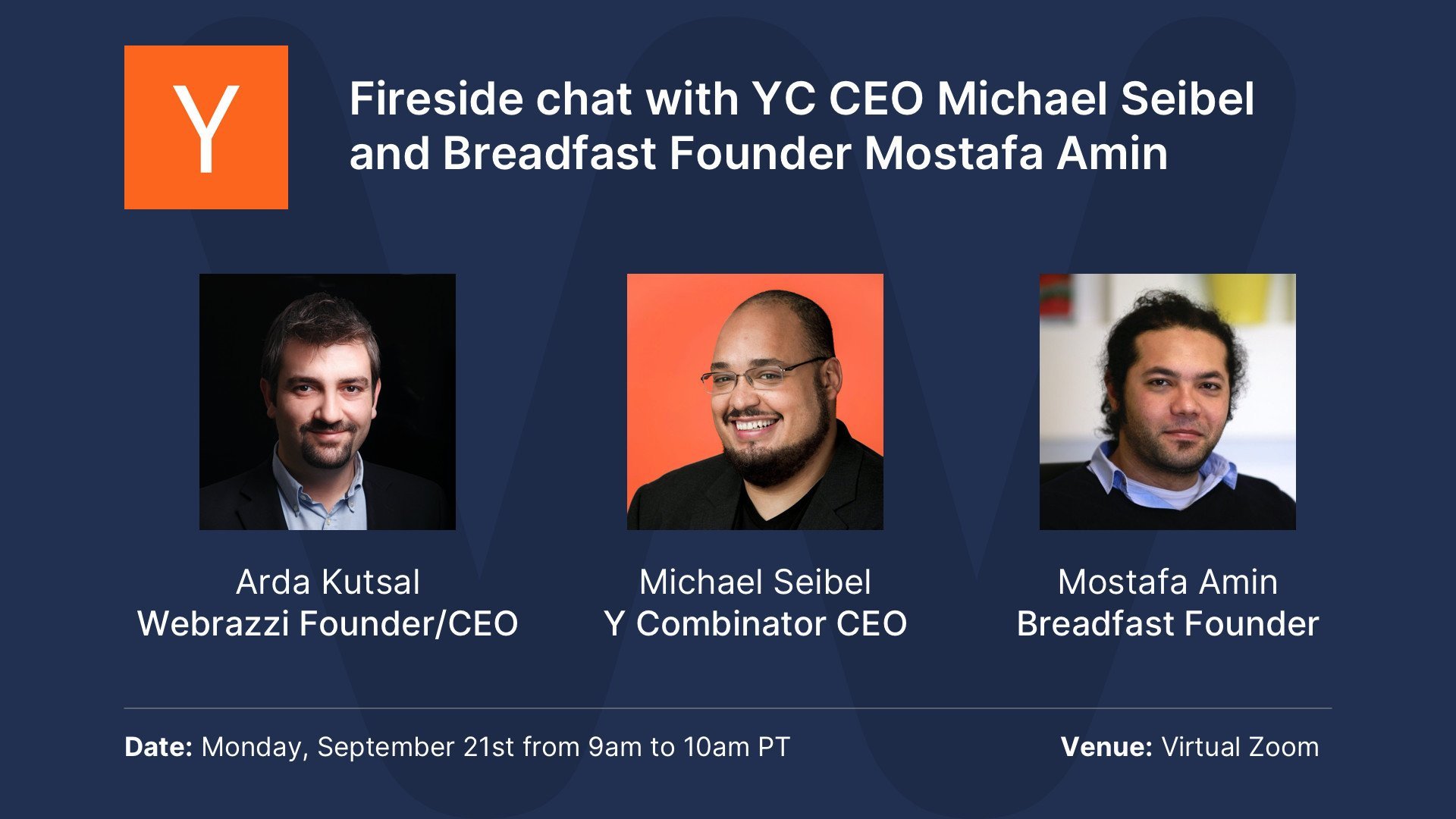 Event Description: Join us for a fireside chat with YC CEO Michael Seibel and Breadfast Founder Mostafa Amin. Before YC, Michael was the co-founder and CEO of Justin.tv (which later became Twitch and sold to Amazon for $1B), and Socialcam. Mostafa Amin is an Egyptian serial entrepreneur who co founded Eygptian Streets, Breadfast and many other startups. Michael and Mostafa will talk about the founder journey and also spend time answering your questions live.

About YC: Y Combinator is a startup fund based in Mountain View. Twice a year YC invests a small amount of money in a large number of startups. The YC partners work closely with each company to get them into the best possible shape and refine their pitch to investors. Each batch culminates in Demo Day, when the startups present their companies to a carefully selected audience of investors. Y Combinator has invested in over 2,500 companies including Stripe, Airbnb, Instacart, Dropbox, Reddit, Coinbase. The combined valuation of YC companies is over $150B.

About Webrazzi: Webrazzi, which has been founded in August, 2006, by Arda Kutsal, is a leading media company in Turkey which analyzes all developments on the internet in Turkey and all around the world. Being a website that is followed by the greatest influencers of the sector on a daily basis, Webrazzi includes a wide range of news and analyses from new website initiatives to investments in this field.