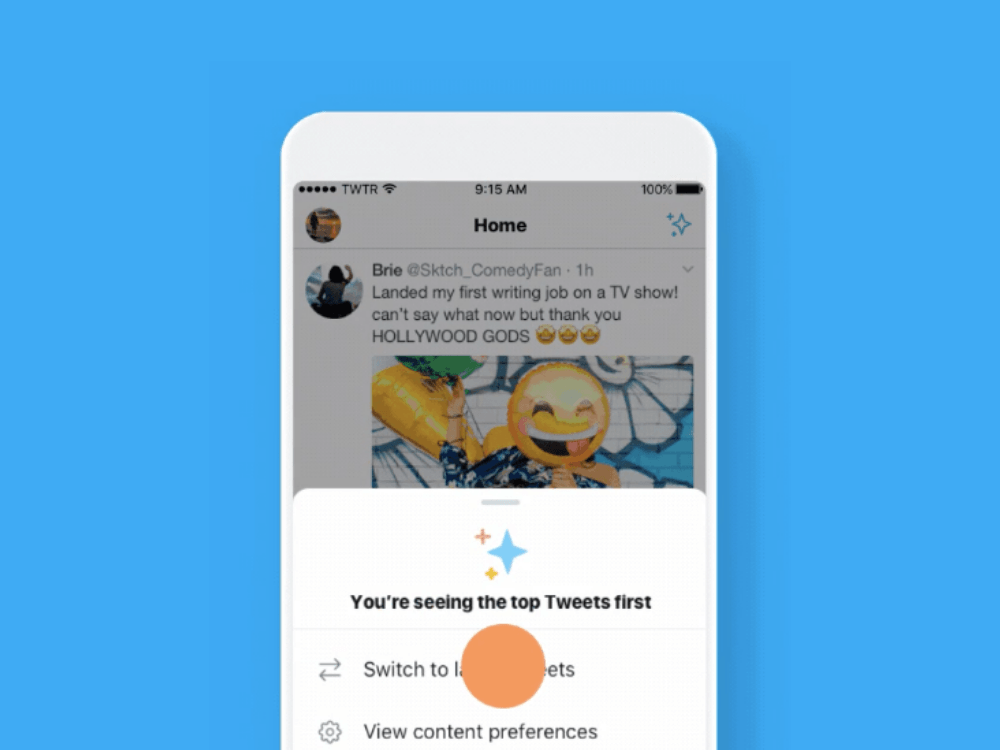 Twitter has decided to prioritize a feature that already exists in settings. For now, it offers a home button in the test version, which is only available to a limited number of iOS users where they can instantly switch from an algorithmic timeline to a chronological timeline. At this point, let us remind you that the algorithmic homepage prioritizes the top tweets, while the chronological homepage only shows the tweets of the people you follow.

Sometimes you want to see the latest Tweets, first. We’re testing a way for you to make it easier to switch your timeline between the latest and top Tweets. Starting today, a small number of you will see this test on iOS. pic.twitter.com/7NHLDUjrIv

This new feature that has been announced in a tweet of Twitter is quite nice since it offers two different options to users. As mentioned above, this option is actually available in Twitter's settings. By changing the settings mid-September, Twitter tried to place user demands on the platform in a balanced manner, and it was possible to change the homepage timeline to algorithm in settings. The company also gave the good news that they will make it more accessible.

Users can access this feature from the glitter icon in the top right corner of the homepage. When the user presses this icon, a small menu is displayed which allows them to choose between the Top Tweets and the Newest Tweets. This menu includes a link to go to the content settings.

VP of Product Kayvon Beykpour also shared a tweet on this topic and asked the opinions of the users about the new feature.

The company's transition to the algorithmic home page in 2016 had caused negative reactions by many people. The new design of this feature, will make the same user population happy. People may always want more of the content they of their interests. However, they may also want to display the homepage chronologically for many different reasons.

At this point, it is worth noting that Twitter's user growth rate has increased with the transition to the algorithmic homepage. Moreover, with the new design, it is planned to make special changes for those who switch between two different algorithms. A user who has not been active for days and has toggled between algorithms will automatically switch to the selected mode of view.

Adding flexibility to its platform, Twitter’s usage rates might increase. After all, the content they display will change as users change the way content is displayed. This can result in users using the application more than before.

A social network from birth to death: Google+