In developed countries 92%, in Turkey 69% of individuals over 15 own a bank account

The 'Digital Financial Inclusion' report prepared by the Policy Analytics Laboratory (PAL) with the contributions of iyzico-PayU has been revealed in an online press conference. The report and research named 'Digital Financial Inclusion: The Economic Effects Financial Technologies Can Create Through Inclusion and Policy Suggestions' is prepared to shed light on the current and potential effects of financial technologies on financial inclusion considered from an international perspective.

In the report, in which the flaws of the financial system in Turkey are examined in detail, the potential effects of fintechs on the Turkish economy if their inclusion increase and the methods for financial technologies of benefitting from potential economic gains have been thoroughly studied. In the Digital Financial Inclusion Report, which demonstrates that in many countries there are practices that boost the importance of fintechs, it is stated that in Turkey fintechs are mostly oriented to payment systems and unlike developed countries, the impact of fintechs in enhancing financial inclusion in other financial services such as credit and savings is weak.

The bank credit to GDP ratio in Turkey is 60% 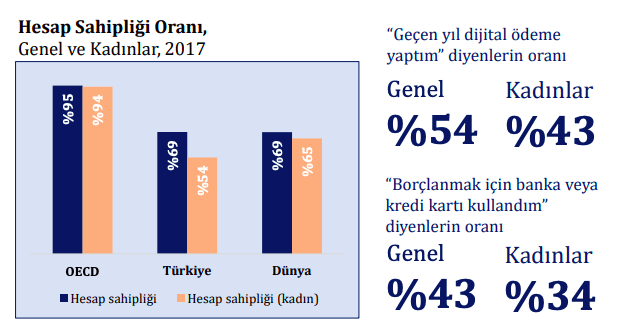 In women and among the low-income people this ratio falls even lower. 54% of women and %56 of low-income individuals own a bank account. Worldwide, women are not as far from the average as they are in Turkey when it comes to access to financial services. Entrepreneur women face the problem of exclusion. While 11% of women borrow to be able to start a business, in developed countries this figure is above 30%. Moreover, 29% of entrepreneur women say they experience problems in having access to bank credits.

The problems encountered by small and medium-sized enterprises on financing became further deepened with the COVID-19 pandemic. Stating that 33% of micro-enterprises, 16% of small companies, and 2% of large companies experienced problems during the COVID-19 crisis to make necessary payments such as wages, rents, or bills, the report shows there are obstacles for credit support to reach micro-enterprises. 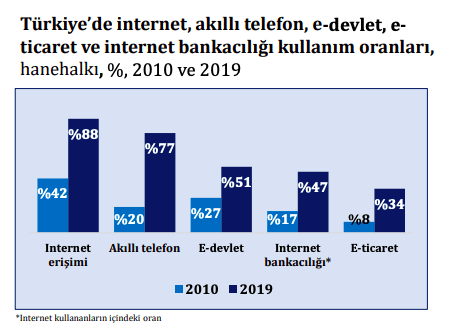 60% of consumers borrow from their inner circles

Though the percentage of individuals with access to the internet in Turkey rose from 42% in 2010 to %88 in 2019, digital transformation cannot assert itself in financial services and fintechs have no share in credits. The report shows that 28% of consumers borrow from outside the financial institutions, 60% receive aid from their inner circles for their urgent needs and use their social circles to borrow. 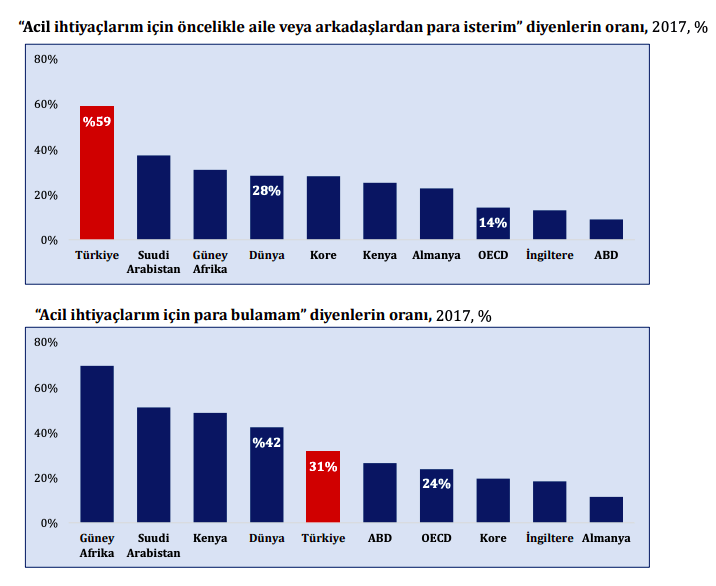 44% of approximately $2 trillion spending in Turkey takes place through digital banking while 13% takes place through traditional banking. Nonbank transactions amount to 43%. Small and medium-sized enterprises compose only 22% of the total credit volume of $495 billion. It is revealed that small and medium-sized enterprises and consumers' credit requirement of $73 billion in total cannot be met due to various reasons. 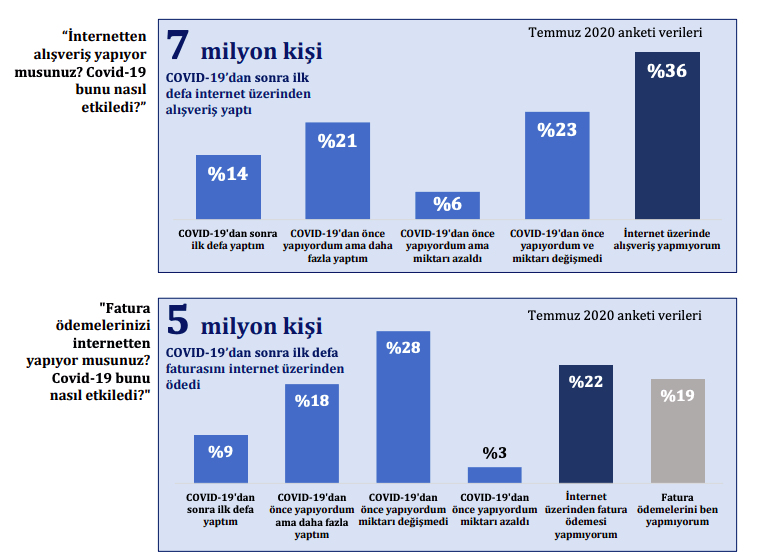 In developed countries 92%, in Turkey 69% of individuals over 15 own a bank account
Comments 3
Follow the developments in the technology world. What would you like us to deliver to you?

NEXT
Shopping and package redirection service Yollando.com received an investment of 2.2 Million TRY with 10 Million TRY valuation
A startup that facilitates shopping from Turkey…
Arden Papuççiyan