Sertifier, a blockchain-based start-up that allows to design, distribute, archive and query certificates for trainings and events, has received its first investment. Tarvenn invested in Sertifier with a valuation of TRY 1,2 million.
Gözde Ulukan 19 April 2019
Share
Facebook Twitter Linkedin 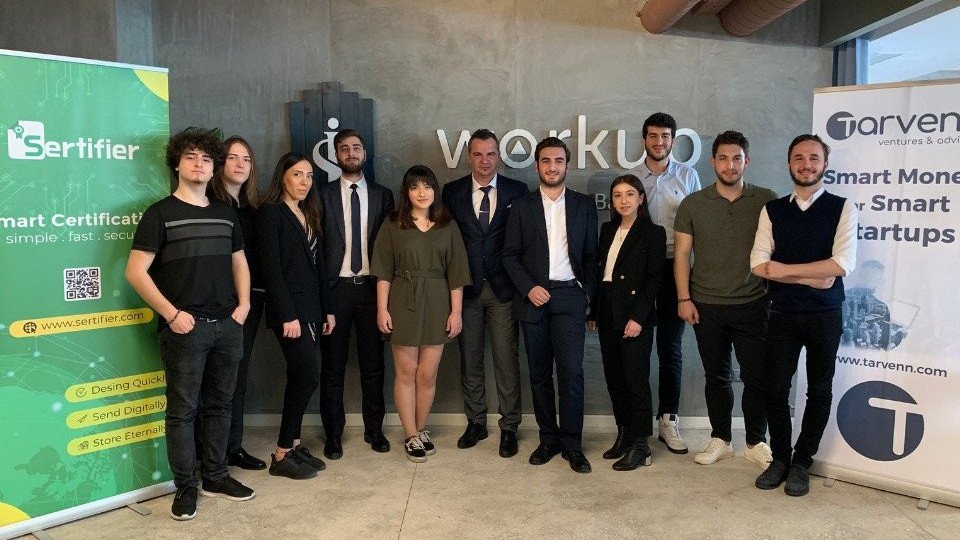 Sertifier, a blockchain-based start-up that allows to design, distribute, archive and query certificates for trainings and events, has received its first investment. Tarvenn invested in Sertifier with a valuation of $200K.

Sertifier, which enables certificates to be easily designed and distributed to participants in digital environment, allows organizations to move certification processes on digital platforms and enables individuals to share and save their training data via a secure medium. With the investment it received from Tarvenn, the start-up aims to become a global large data company where educational data is securely stored.

Sertifier also uses blockchain technology to ensure that all training information is securely created, distributed and shared for organizations and individuals. Launched with the global market goal, the start-up has already distributed more than 25 thousand certificates in 11 countries. Note that the start-up is selected for the 4th period of İşbank's entrepreneurship program Workup. Sertifier aims to get into the global market with the investment it received from Tarvenn.

How does Sertifier serve?

The start-up, which allows you to make all kinds of arrangements on your certificates and add your own certificate designs to the system, enables sending approved certificates to thousands of people with a single button thanks to the infrastructure it has developed. In this way, it takes the design, printing and shipping processes of paper certificates down to seconds, saving time and money by preventing unnecessary use of paper as users get rid of paper costs.

Certificate holders can share their certificates on their own profiles, and also on social networks like LinkedIn, Facebook and Twitter. In addition, Sertifier allows instant certificate queries to be made via the system with QR codes and serial numbers placed on each certificate while preventing the use of deceptive certificates.

Arda Helvacılar and Bengisu Doğan, co-founders of Sertifier, say that they will continue to grow in the international market with the support of Tarvenn. Tarvenn Ventures General Manager Mustafa Kopuk says that the digitalization in the education sector is increasing day by day and Sertifier offers great convenience for the institutions. He states that they want to reach 55 countries by the end of the year with a rapid growth in the global market.

Digime3D received its first investment of 2.2 million TL from Tarvenn

Tarvenn invests in Bulduysan.com with a valuation of 1.2 million TL

NEXT
Sktchy: An exclusive social network for sketchers.
If you're into drawing, it's no doubt that you have loads of artwork from pencil drawing to…
Gözde Ulukan