In December 2016, we reported that Turkey continued to grow in the global gaming market. Today, we will look closely at how the gaming industry was in Turkey in 2018. According to data shared within Gaming in Turkey’s report, Turkey's population has increased by 1 million 193 thousand 980 people compared to the previous year, and reached 82 million 3 thousand 882 people. The rise of e-sports that started in 2017 continues its momentum in 2018 as well. 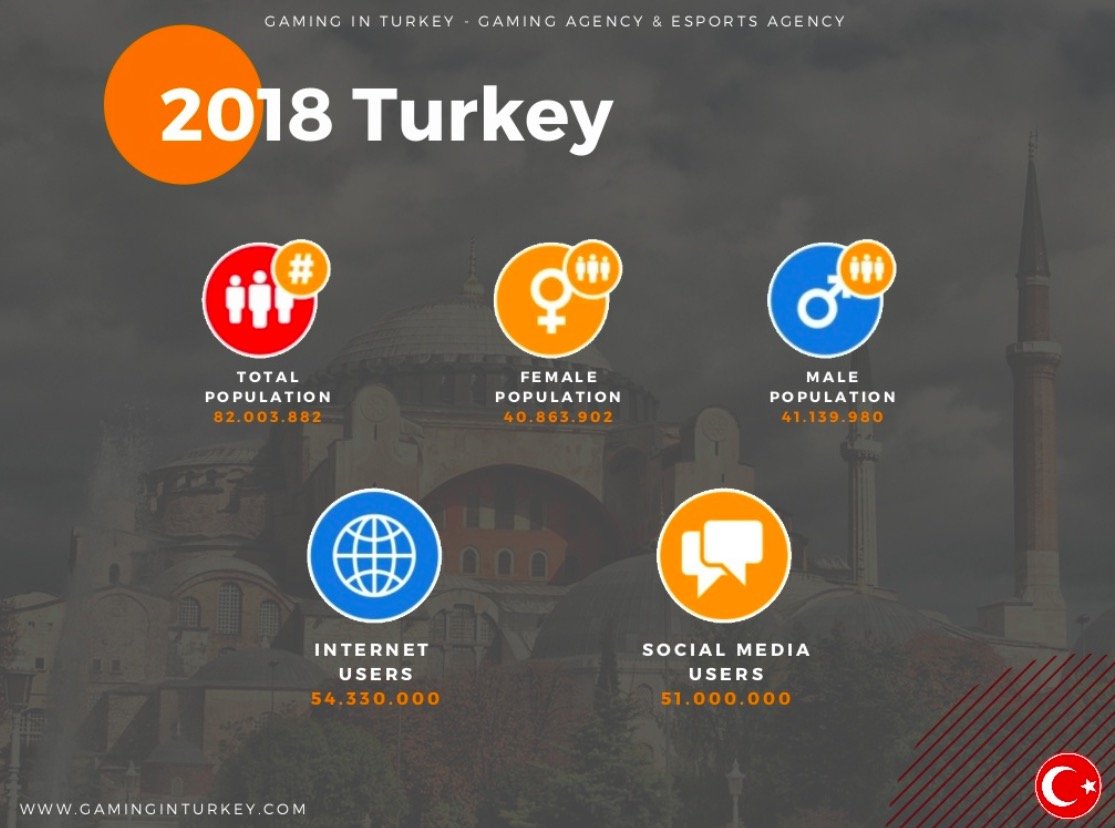 400 million dollars of revenue was obtained only in the mobile gaming sector.

According to the report, the most played free to play mobile games in Turkey in 2018 were Helix Jump, PUBG MOBILE and Subway Surfers while the most played paid games were Hitman Sniper, Minecraft Pocket Edition and Operation Third-Person Shooter War Game 3D.

When we look at the global ecosystem for gaming industry revenues in 2018, Turkey ranks in the 18th place. According to the report which also publishes information about the most popular Twitch publishers in our country, the most-watched broadcasters were wtcN, Mithrain, KendineMuzisyen, JtgTv ve Jahrein, respectively.

Regarding the payment companies in the game sector in 2018, we see Game Sultan, ByNoGame, ininal, iyzico and BKM Express. Similarly, it is noted that there is an increase in game fairs compared to 2017. While GameX and GIST fairs were organized in 2017, GameX, GIST, CNR Games Week and TEKFEST fairs were added to the batch in 2018.

Leader in the Middle East

853 million dollars of revenue was generated in 2018 in the Turkish gaming industry
Comments
Follow the developments in the technology world. What would you like us to deliver to you?