Scoutium, which serves as a startup for the discovery of football players, has launched a new mobile app for the Google Play Store and the App Store. Scoutium's developed mobile application, comes with a new interface and adds new features for the users. Scoutium operates as a mass-source digital football observer platform that enables players to explore football players by analyzing their footballers' evaluations and live analysis. The platform enables its users opinions on the players to reach the clubs with their scientific methods. 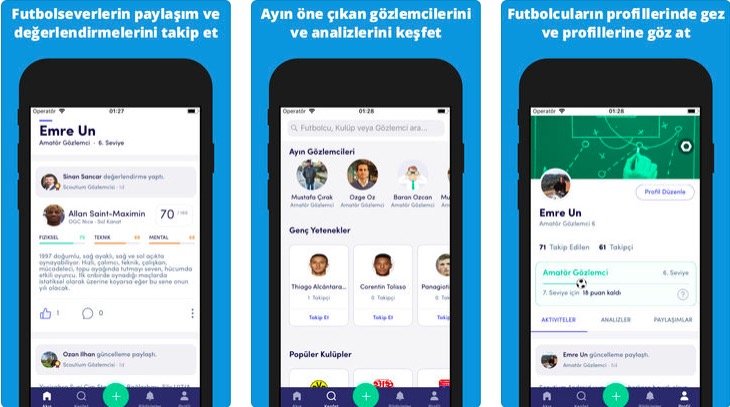 Scoutium identifies successful users as Scoutium Observers and in accordance with the tasks that come up, observers can go tot he matches and provide detailed analysis. In addition, the analysis of the players that the observers like is uploaded to the system to allow the discovery of talented footballers. They are gaining revenue by clubs and premium members purchasing these analyzes.

Up to now, 15,000 registered users in Scoutium have made more than 100,000 evaluations. 100 identified Scoutium Observers get a regular revenue from the platform. Scoutium is working with 150 clubs, growing over 10 percent per week, and this growth rate continues to increase.

Scoutium has received an invested of 1 million dollars in January 2018 and aims to be a global brand in 2019 by expanding abroad. The platform wants to operate first in England. Scoutium plans to reach 1 million users all over the world by 2020.

Mobile app Scoutium, which evaluates football players mass-based, was launched
Comments
Follow the developments in the technology world. What would you like us to deliver to you?