E-commerce giant Amazon has reached $ 1 trillion in stock market value. Amazon's stock value on the Nasdaq stock exchange has broken a new record with 2,050$ per share. Amazon, which exactly one month ago became the second company to pass the 1 trillion dollar mark like Apple, which was the first company to pass, has tumbled down to 994 billion dollars while writing this article. 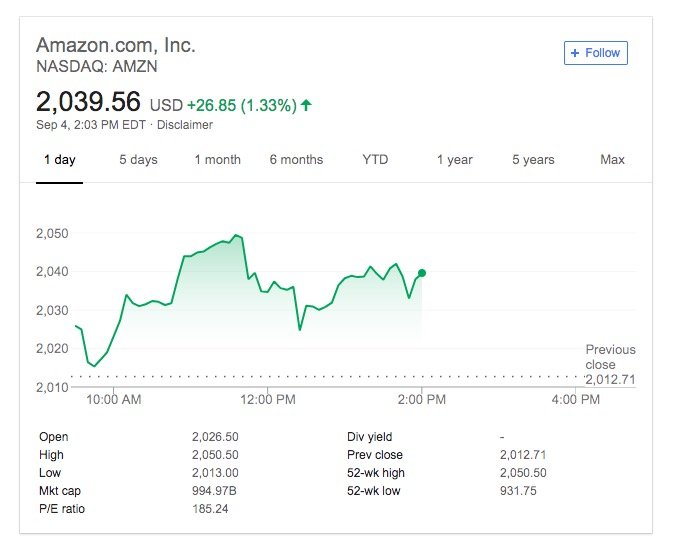 Amazon, which only traded at 965 dollars a year ago, increased its stock value by over 2 times this year. After announcing Echo at the end of 2014, and with buying Whole Foods in June 2017, Amazon’s stock value increased rapidly.

The company started as just an internet bookstore in 1994 by Jeff Bezos, but now it has become one of the first brands that comes to mind when you speak about global e-commerce. Making the founder of the company, Bezos, the wealthiest man on earth, Bezos’ fortune has also reached 164 million dollars.

Amazon being the second to reach the “1 trillion dollar company” milestone after Apple, it is now expected that Microsoft and Google, which have a market value of 850 and 839 million dollars, are next to reach this title.

Amazon hits 1 Trillion Dollar in Value!
Comments
Follow the developments in the technology world. What would you like us to deliver to you?

NEXT
Gülizar Kenan, named Webrazzi’s Vice President of Sales
Gülizar Kenan, which we had the privilege of working with as a consultant in the past years,…
Gözde Ulukan