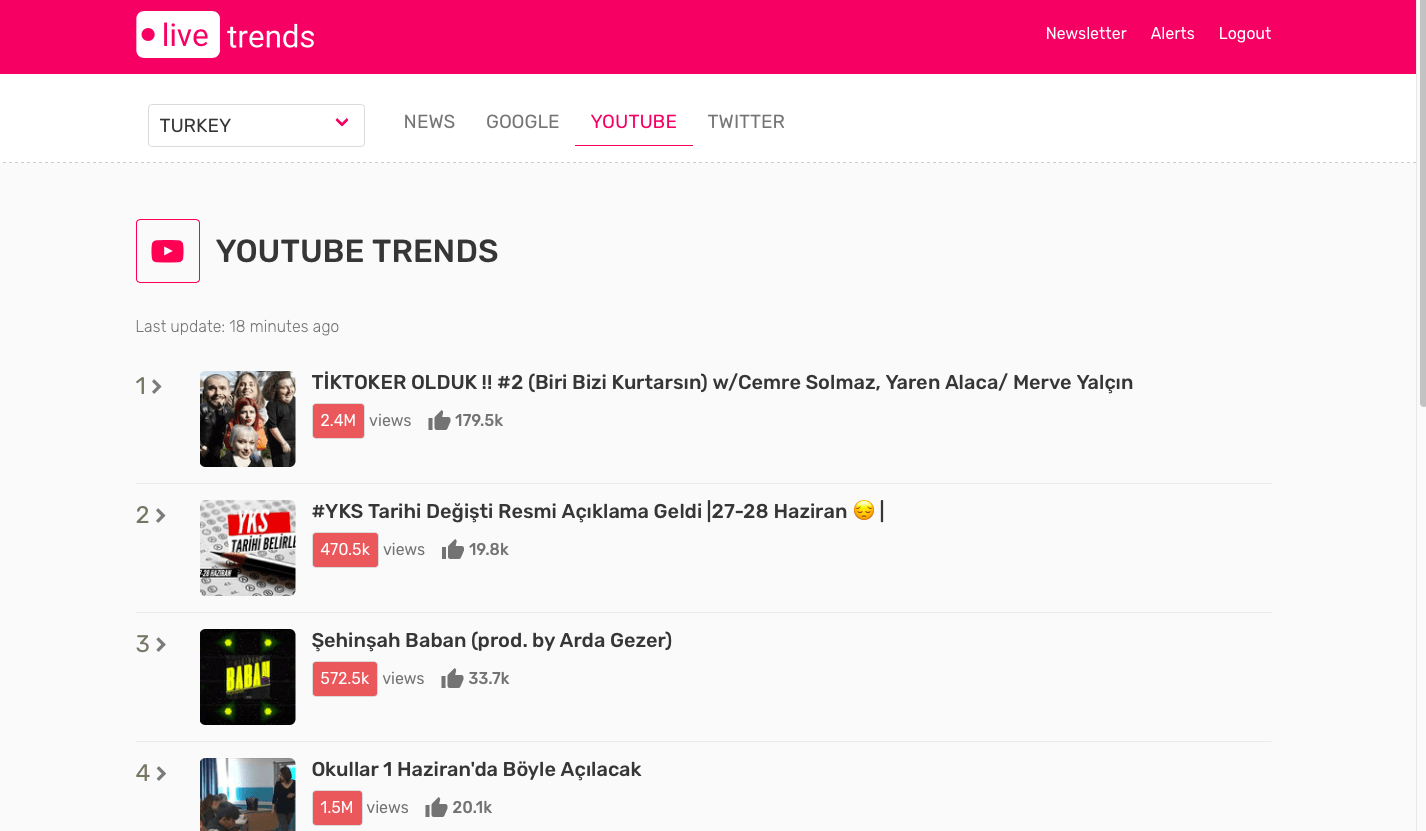 It's pretty simple to use the tool that displays live trends in 13 countries for now. You can simply access the trends by selecting the channel you'd like to follow live, from the homepage. Note that you receive a chance to add 3 notifications for free if you become a member of the site.

You'll then be instantly notified once the term or keyword you set is included in the trends. You can also change the set keywords and add new ones instead. You can also choose to subscribe the LiveTrends newsletter in the meantime and start your day off with a message that lets you know about the trends. 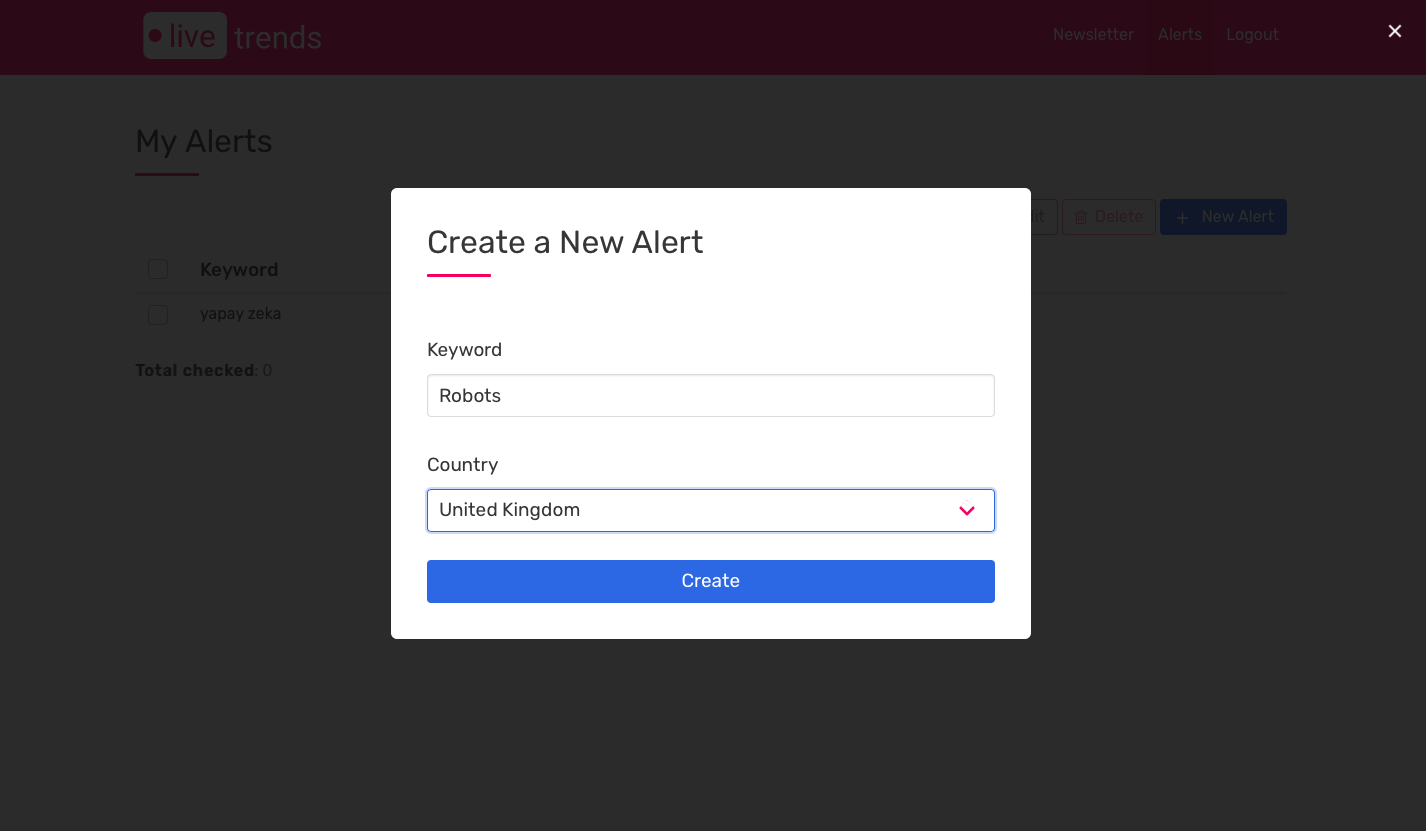 Note that the Monitera team utilized Go for backend, and Vue for frontend, while developing the product. The whole project was built from scratch to meet the needs. Another noteworthy point is that the recently trending PWA support is also included in the app. Monitera said that once the idea was translated into a project, what needed to be done was all straightforward for the team. As such, the team managed to develop the product in a period of 15 days as short as 15 days.

Livetrends.io allows you to track live trends in Brazil, France, Germany, Greece, India, Italy, Japan, Portugal, the Netherlands, Russia, and United Kingdom as well as Turkey. This completely free of charge tool might have new features in the course of time.

Note that various developments are in the process of gestation for now. Even the database and interface setups have been constructed for these developments. Monitera team aims to launch the first version and then to evaluate user reactions and demands accordingly. This is because, the users will have a significant role in the prioritization of development plans.

Live trend tracking tool from Monitera: LiveTrends.io
Comments
Follow the developments in the technology world. What would you like us to deliver to you?

NEXT
Short and medium-term home rental management platform Missafir, received investment with a valuation of 2 million dollar
As a startup providing both digital and…
Arden Papuççiyan