Today, crowdfunding is one of the main ways to raise investment and test ideas due to its high profile and active community which has been fueled by internet and social media.

Founded by Esin İmer Haşlaman, former country manager of BlaBlaCar in Turkey, Selen Ataç and Erkin Deveci, begoodto.me aims to reach 50,000 users by the end of the year.

You can download begoodto.me from iOS and Android stores and sign up with your Facebook account. You can share the good behaviors you experience every day and the good things that make you happy through the application by adding text, video or photos.

When users like or share the good stories, you gain “goodpoints”. Users create awareness of the proliferation of such goodwill by sharing good stories. They can also support a social responsibility project by transferring "goodpoints" on hand to the other projects within the application. For example, the users can provide hundreds of children the first chance to go to cinema. They can also help supporting street animals with their food needs, or homeless people getting new clothes. 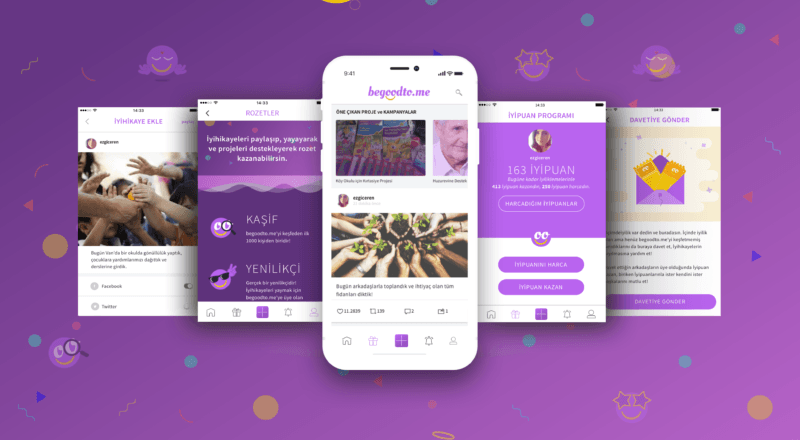 Boyner Büyük Mağazacılık had previously launched the projects "Convert it to Favor" (İyiliğe Dönüştür) and "Pending Favor" (Askıda İyilik) with the motto of "Favor is not out of date" (İyiliğin Modası Geçmez). It was also part of this project by providing the support needed to spread begoodto.me to large masses. Boyner group also stated that if the project grows in the future and needs support again, it will provide additional support.

Boyner group supported begoodto.me also with its marketing and communication. In all stores, there is an image that introduces begoodto.me, and the project is supported also by the company's social media channels. It is true to say that the project is getting other types of support as well as the financial support from Boyner group.

Boyner Group’s crowdfunding platform Buluşum invested 30,000 Turkish Liras in begoodto.me
Comments
Follow the developments in the technology world. What would you like us to deliver to you?