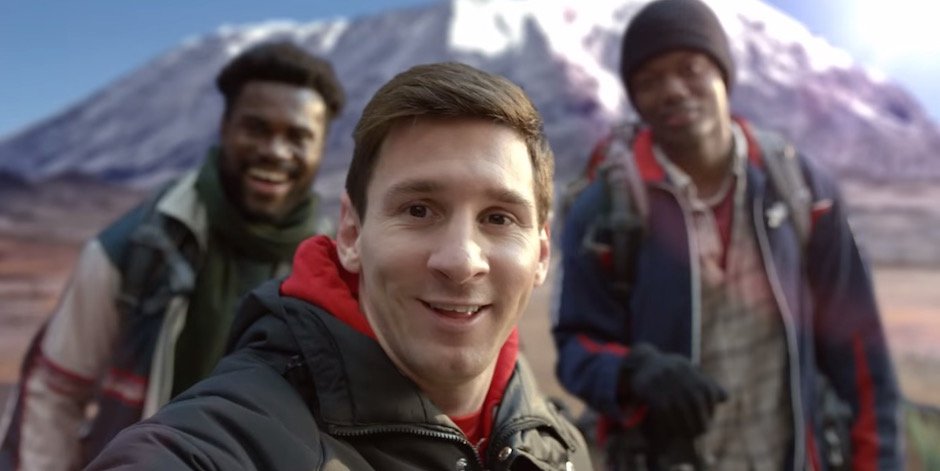 Google has finally unveiled the most loved YouTube ads of the last decade. Turkish Airline's 'Kobe vs Messi: The Selfie ShootOut' video has been chosen by the YouTube subscribers as the no 1 favorite ad of the last decade. Celebrating the 10th anniversary in partnership with Webby Awards, YouTube said the Turkish Airline's ad, a follow-up to their 2012 Legends on Board spot, was an instant hit on YouTube.

The video which has been produced in collaboration with Crispin Porter + Bogusky and Starcom bringing two of the world's biggest sports superstars against each other in a game of selfie-shooting one-upmanship, has viewed over 25  million times in the first three days!

"Cleverly combining the world's newfound 'selfie' obsession with the star-power of Kobe Bryant and Messi, the ad found it's way to the top of both the December 2013 and Cannes Special Edition YouTube Ads Leaderboards", YouTube said in a press release.

Here are the top 5 most loved YouTube video ads of the last 10 years:

1) THY - Kobe vs Messi: The Selfie ShootOut

Admitad and BcnMonetize Join Forces in Affiliate Marketing in Turkey

Webrazzi
Follow the developments in the technology world. What would you like us to deliver to you?