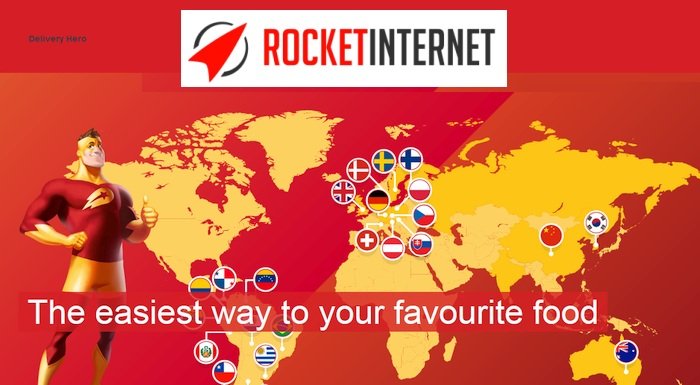 Europe's biggest internet investor and incubator Rocket Internet has announced today that it buys 30% stake in global food delivery giant Delivery Hero for €496 million. The Berlin-based group who is the incubator and biggest shareholder in foodpanda, another Germany-based global delivery company, has also acquired Spanish La Nevera Roja and Italian Pizzabo, both major players in respective markets. The monetary details of these two acquisitions have not been disclosed.

RI has also invested $150 million in fresh groceries and ingredients delivery service Hellofresh increasing its share to 52% in the company.

Meantime, the company announced that it has created a Global Online Takeaway Group to combine shares in its food delivery businesses. It explained in a press release that food and groceries are the next frontier of e-commerce. After today's additions, the total number of restaurants and food businesses signed up by RI has increased to over 140K in 64 markets processing around 78 million orders  per year.

For a quick look at Delivery Hero's offices, check our video tour here.