In the Australian petrol station chain called  'On The Run' a software developed by Turkish engineers is used. This software belongs to OMMA Sign, a venture valued at €7 Million that develops cloud-based digital signage solutions... The company, which serves over 80 companies in Turkey and abroad has put its new product VQ, meaning Visual Quotient on the market.

It is different, because...

Personalised, interactive and fed by dynamic data, the video platform conjoins creative content with (video) valuable data. One of the co-founders of the company Tolga Şen explains the difference of this product in this way: 'What we do differently is that we can do this instantly without having to render each video.'

Steps taken in the digital world create datasets that are extremely valuable for both the user/customer and brands. However, when it comes to using these data, both marketers and sales teams lack basic tools that will strengthen their hands. This is exactly where OMMA Sign positions its product VQ. This makes it possible for these valuable datasets to be transmitted in the best manner possible via videos, indisputably the most consumed media type of the 21st century. The other co-founder of the company, Emre Çorbacı explains what exactly the product does in this way:

For example, in an online marketplace for the seller, data such as his/her most sold products and average shipping time are very important, whereas for an athlete who is nowadays at home, data such as how many hours he/she slept, how many steps he/she took, how many calories he/she burnt matter. Until now, these would be communicated through methods such as daily/weekly/monthly e-mails or notifications and we know that on the efficacy of this communication, there is an endless debate: e-mails opened/read less, notifications swiped to the left without being read, opportunity links almost never clicked...

We ensure that this communication takes place through videos and also fed by real-time data. We can integrate many valuable data on videos instantly within milliseconds and enable the brands to communicate with their users/customers one-on-one without being physically in the same place. Moreover, we do this through videos, the medium where everyone feels most comfortable, and with our technical team that interpret new technologies in a creative way, we can enable 10 people and 100.000 people alike to communicate with the same technical ease, without the need for video rendering.

There are no sectoral constraints for VQ

While OMMA Sign, another product of the company, is a product that facilitates content management of digital screens located in physical spaces such as stores, malls, airports, hospitals, and banks, OMMA VQ is positioned as a product that erases these physical limits and that can display impressions at all devices with a screen.

Tolga Şen foresees no sectoral constraints for this product. He states that they developed a product that is suitable in terms of its utility, completely compatible with the datasets they use from a technical point of view, and visually completely customisable according to the communication channels for all companies carrying out digital marketing activities.

The researches they conducted during the product development stage showed them that in the telecommunications sector bills began to be gradually made with customised videos and this demo video was prepared to explain this trend to potential customers in Turkey. Besides these, the most likely scenarios include firms that have very wide sales networks and employ hundreds and even thousands of sales representatives to manage this network. Şen explains the product's area of usage by saying 'For example, companies that distribute medications to all of Turkey, international brands the products of which are sold at every corner of the country; they can use VQ for both their points of sales and distribution centres to make weekly/monthly or even instantly sales/distributions performance statements and add their new product/opportunity/campaign statements to this performance statement'.

'The team's devotion was important'

OMMA Sign did not close any sales especially in the months of March and April. Saying 'We expected this too and we were prepared. However, thanks to the ISE fair in February, we went through two months in which we strengthened our business relations and extended our arm to Europe. With the necessity to be present in physical spaces due to the nature of OMMA Sign and during 3 months when all our customers in Turkey had to shut their stores, as team leaders and directors we continuously had consultations. As a result of these consultations, the following strategy emerged: While focusing our sales force to the Asia/Pacific region, we focused to transform our software force on a system that is contactless, interactive and can talk with smartphones. In the field of marketing, we have worked on creating case analyses, demo videos, and presentations for both our OMMA VQ and OMMA Sign products. For us, the process continued as before after March and thanks to our whole team's devotion we emerged out of this process with advantages and grew even more', Emre Çorbacı recounts how they pulled through this process. 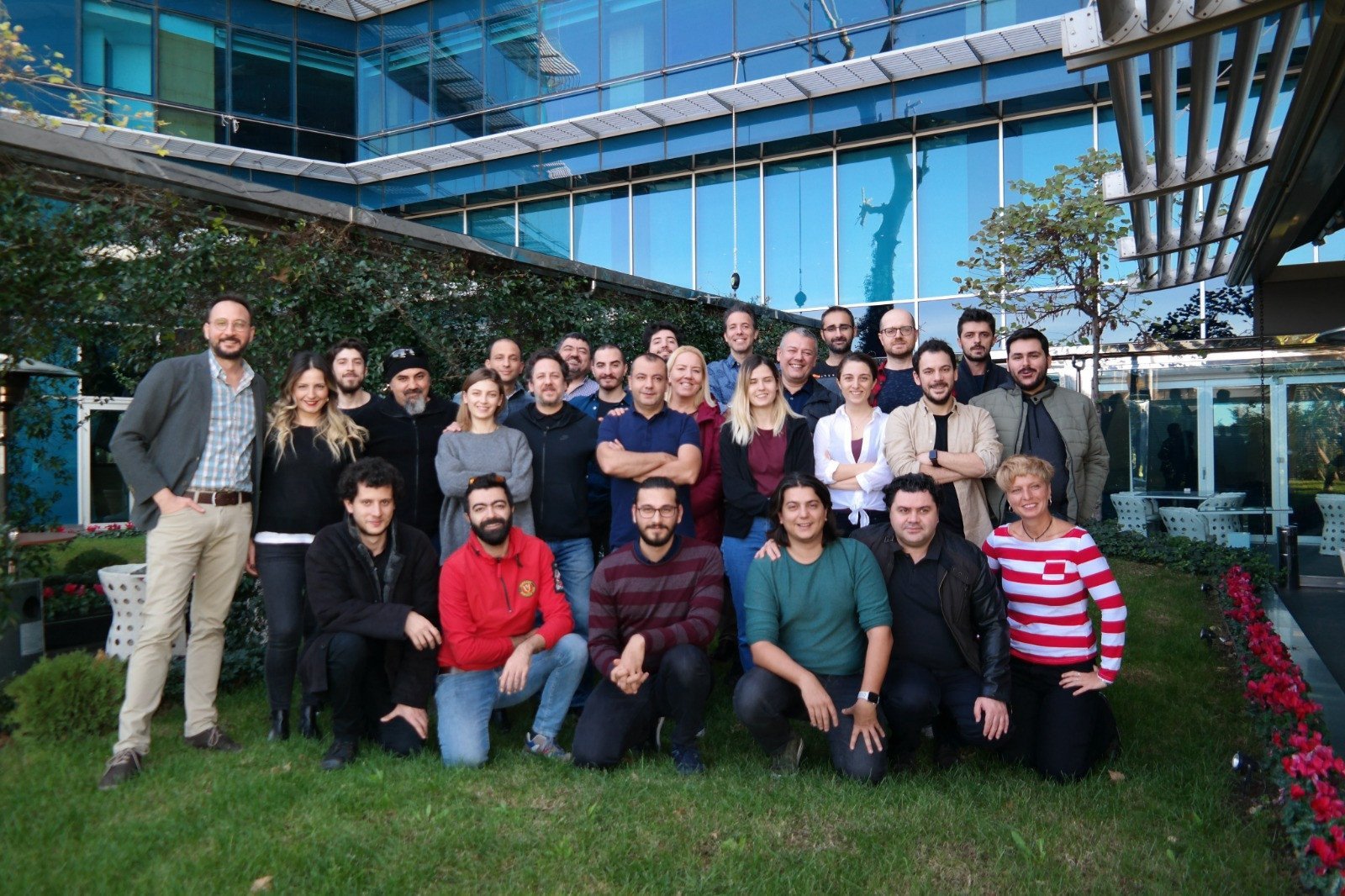 The first investment came from 212...

The company, which prioritizes markets abroad as companies in Turkey do not prefer to invest in digital signage, received its first investment in March 2019 from 212; the first investment of its newly-founded second fund was Ommasign.

Two of the partners used to work together at Hürriyet Emlak

The company was founded in April 2015 by Tolga Şen and Emre Çorbacı who used to work together at Hürriyet Emlak and their mutual friend Mehmet Özergil, whom the ecosystem knows from the Setcard company. The reason they began this business is that corporate screens became smart just like televisions at home... The company began its commercial life two years after its foundation. This is because the focus was on the research and development in the early years. Their goal was to create an innovative product to exist in the market. Thanks to this goal, they came up with the 'world's largest' digital signage project in March 2017.

NEXT
KolayBi' received investment from QNBEYOND Ventures with a valuation of 13.7 Million TRY
We already mentioned about NKolayOfis in…
Arden Papuççiyan