There are many important developments happening all around the world about API (Application Programming Interface). The APIs, which have become an important part of developers to keep up with the fast pace of technology and use different technologies together, provide an important speed for developers who want to change the world.

Basically, we can say that APIs are a business that allows companies (like Microsoft, Salesforce, Google, Facebook, Twitter) to use the features that other companies and individuals want with an interface that they have created.

APIs have not only provided a great convenience to developers and companies but also became a very important business line nowadays. For example, Google Maps and Google Translate APIs, two of Google's most important technologies, are being used by hundreds of large companies for a fee, which gives Google a significant additional revenue. According to a study published in 2015, Expedia is getting nearly 90 percent of its revenue from its API service. The situation is not too different for software giant Salesforce, where the APIs equal to 50 percent of the companies revenue. Today, it is very likely that these rates have risen much higher.

If you have a business idea to change the world or change your life, and you need a technology which you are not capable of to provide, APIs will come into play and be lifesavers. Many companies offer free services to entrepreneurs who use their APIs, and only charge them if they demand more.

Think about UBER trying to develop its own map infrastructure before reaching billion dollar values. Maybe even a million dollar investment for years wouldn’t be enough for that. Rather than that, it used Google Maps infrastructure and could hereby focus on its main functions, which I think is a fairly accurate strategy.

APIs have left behind the times where they have only benefitted technology giants. Developers are no longer just working on ideas that will change the world, but they also strive to develop APIs which are a new business line and present them in packages to developers.

What is the marketplace? What are its effects on the API economy?

The API world is changing rapidly. Prepared by MuleSoft, which became a publicly held company on the New York Stock Exchange last year, the ProgrammableWeb directory now has access to more than 19,500 APIs, and this number continues to grow with added APIs.

It is becoming difficult to discover them as the number of APIs presented increases, and this is resulting in a marketplace.

As you know, marketplace logic in the internet world is used for platforms that bring sellers together with buyers, just like the traditional way. The marketplace can be a very useful platform for spreading a product you develop more quickly and effectively to large audiences because you can reach much more people without having to create a new community.

Marketplaces are gaining significant importance for the API world. With an API you develop, you can serve all developers without time and space limitations, but in order to reach them you must either have a serious marketing budget or find a marketplace where you can show yourself.

RapidAPI, the world's largest API marketplace, brought its total investment to 12,5 million dollars, with their series A funding they got of 9,5 million dollars in the past few months. These investments, which are a very important step for the API world, enable new APIs to be developed and developers to access APIs more easily. RapidAPI is currently hosting more than 8,000 APIs, and developers only pay RapidAPI if they make a contract with a new customer.

Google's acquisition of API management platform Apigee for 625 million dollars in 2016, and the special agreement that internet giant Rakuten has made with RapidAPI in the past days is a sign of greater investment and improvement in this area. 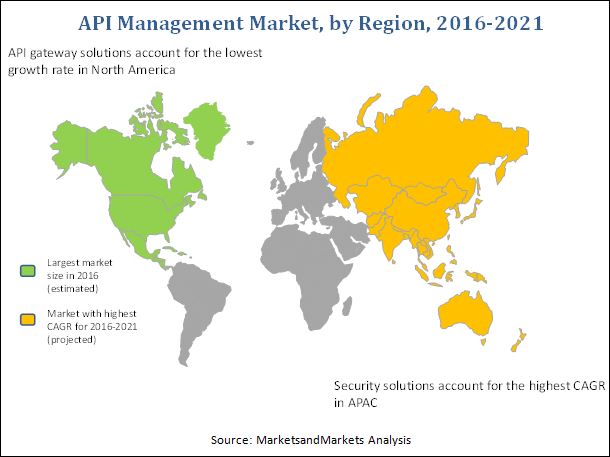 The API management market was estimated to be about 600 million dollars in 2016, and according to the researches, it is predicted that by 2021 it will reach a value of 2,5 billion dollars.

The effects of the marketplace on API economy
Comments
Follow the developments in the technology world. What would you like us to deliver to you?

NEXT
“We haven’t stopped our actions on bitcoin exchange” said Goldman Sachs CFO
TechCrunch Distrupt SF 2018, has opened their gates to visitors from all over the world, in one…
Burak Budak